MS Dynamics NAV is an ERP system intended to help small and medium enterprises with manufacturing, finance, supply chain and customer relationship management, e-commerce and analytics. Its latest version NAV 2015 provides significant capabilities but Microsoft is planning to offer much more in NAV 2016.

There are many reviews of new features coming to MS Dynamics NAV 2015 and NAV 2016. Most of them have been written based on the following Dynamics NAV Roadmap: 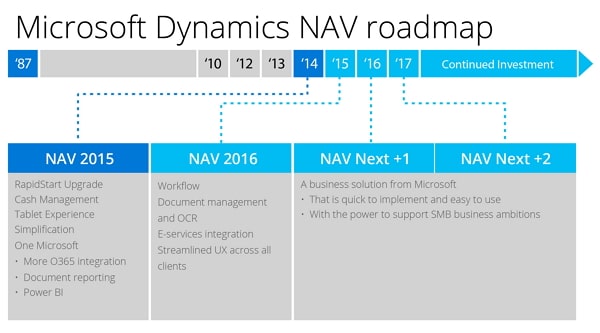 But in this article, I will primarily summarize enhancements in NAV 2015 and 2016 that introduce considerable advantages to performance and usability. Also, an emphasis will be placed on the main improvements that have been done and will be done.

It is widely known that, in old versions of Dynamics NAV, performance deteriorated while the database increased in size. Now, some performance bottlenecks are unblocked due to newly implemented three-tier architecture. So, let’s take a closer look at some of the most noticeable advantages of the 2015 and 2016 upgrades:

The following global improvements were added:

There is not enough information about Dynamics NAV 2016 yet, but the main features are described on the picture below, some of them were also mentioned above: 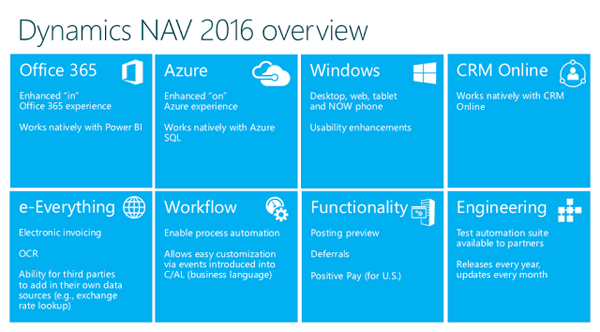 To conclude, upgrading your Dynamics NAV to the newest versions gives you a possibility to use the most modern features from Microsoft which make routine user’s job more enjoyable. You will also be satisfied with the performance of your new environment. And, of course, it will be way easier to keep your system up to date with new releases and hotfixes from Microsoft.

What makes a good company great? It is a complex recipe of many factors, but one of the main ingredients is people who are in the team. #Skelia_talks aim is to tell the world unique stories about our team members and today, we’re going to chat with Anton about his experience in Skelia, his unique hobby and what is so enchanting in the… SKY. Hi Anton! Please tell us a bit abou ...
Previous
Next