RPA and BPA: Features of These Technologies, Similarities, and Differences

While 73% of companies globally have already implemented automation technologies into their workflows, there is still some confusion when it comes to defining some automation concepts and drawing a clear line between them. Both business process automation (BPA) and robotic process automation (RPA) have automation at their heart, but they are still not the same things. Let’s find out their definitions, similarities, and differences to better understand the value both of the approaches can deliver for your business.

What Is Business Process Automation (BPA)?

What Is Robotic Process Automation (RPA)?

Robotic process automation, in turn, means using robotic technologies (the combination of machinery and AI software) to automate a certain task within the business process. Robotic solutions are fueled by the data, programmed with the business logic in mind, and are algorithm-driven. These features make them effective for streamlining and automating routine tasks that don’t require human touch and creativity. For example, robotic process automation is used in banking (call center automation), agriculture (farming robots), and healthcare (robotic assistants).

While both RPA and BPA are about automation, being related as a whole and a part, there are still several significant differences between them. 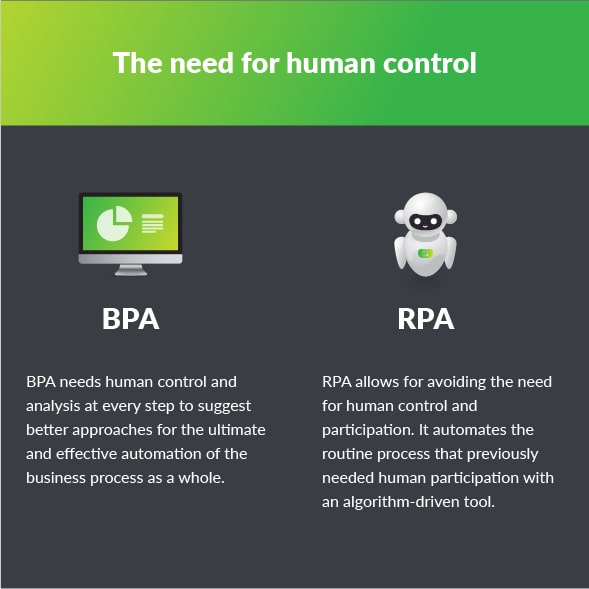 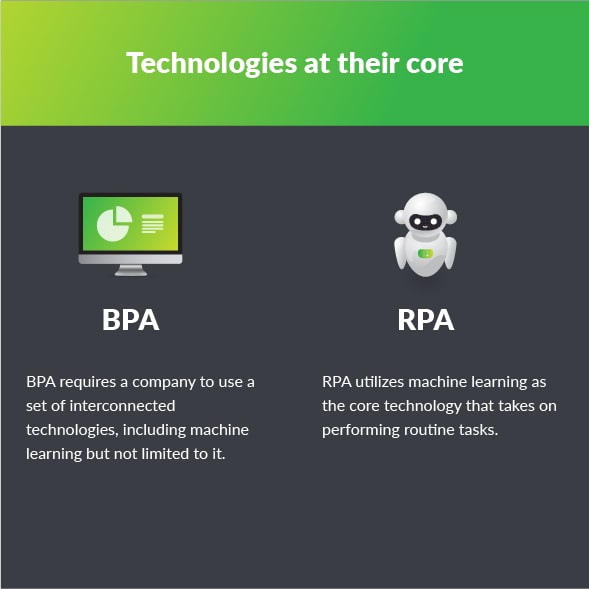 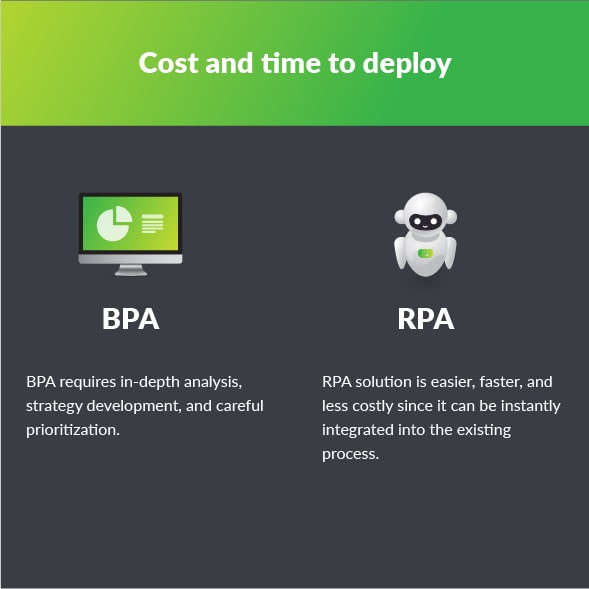 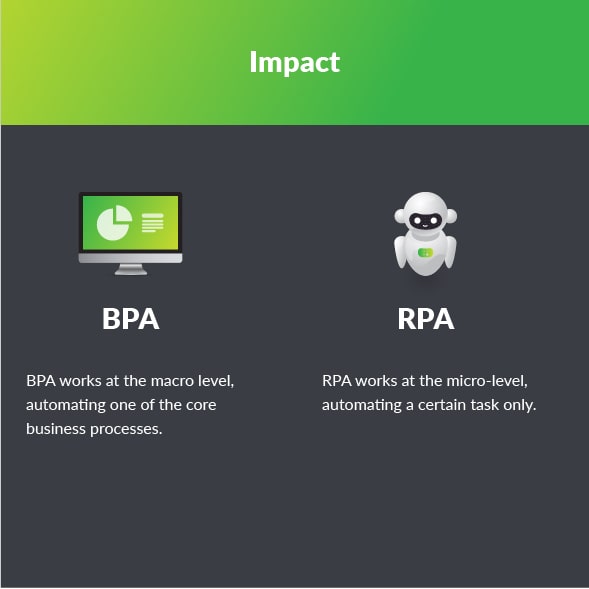 Despite the differences, RPA and BPA have some similarities as well. Below are the features these technologies have in common.

The Benefits of Business and Robotic Process Automation 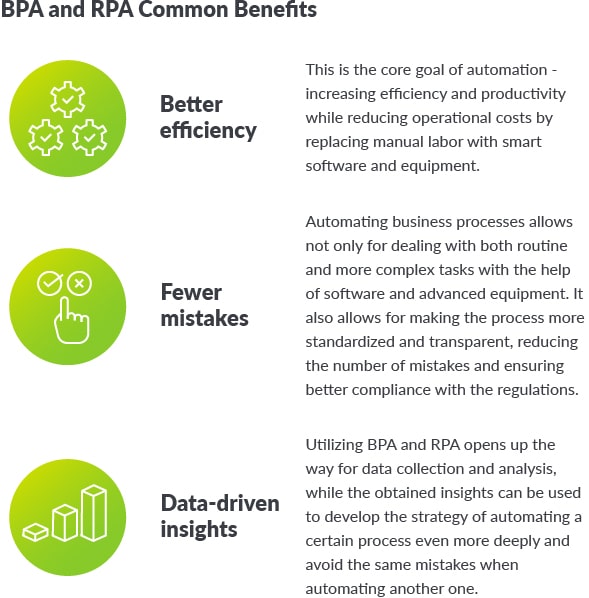 Both BPA and RPA are aimed at changing the way of performing everyday business tasks. While BPA stands for improving and automating the whole business process, robotic process automation is often its integral part.