Flutter 2 is Now Available with its Desktop Update

For a long time, creating mobile applications quickly and cost-efficiently for major mobile platforms was a problem. Initially, most companies would have separate teams for each platform and develop their apps individually. However, this was very costly for most; apps would have different feature sets, different issues, and all because the code for each was not being reused in any way. 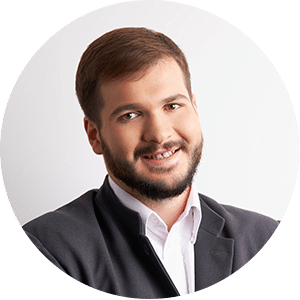 One of the first attempts at a solution was PhoneGap, an open-source framework that leveraged browsers in mobile platforms. Essentially, you would write a web app that could run on both mobile platforms. However, the apps were terribly slow and very limited on which features of the native platform were accessible. As a result, PhoneGap was discontinued later on.

These days if you want to build cross-platform mobile apps, the two most popular options are: React Native or Flutter.

Today, we will take a closer look at the newly released Flutter 2.0 and how its updated features will make coding easier for cross-platform app development.

Flutter is an open-source framework released by Google. It allows you to develop cross-platform apps using one codebase.

In the past, Flutter 1.0 very successfully took over both Android and IOS platforms. However, the new and improved Flutter 2.0 release now brings stable support for all major desktop platforms (Windows, Linux, macOS), foldables and embedded devices (so your app most likely can run on your fridge or in a car).

With Flutter 2.0, you can easily migrate your code for mobile and web apps onto a desktop.

Flutter 2.0 comes with great support from major integrated development environments, such as Intellij IDEA, Android Studio and Visual Studio Code. It features a stateful hot reload (like every respectable UI-related framework should), so you can see the results of your changes nearly instantly while preserving the state of your application. This is done so you can have a very fast and satisfying development process.

With Flutter 2.0, you receive a large set of ready-to-use components out of the box. With these, you could build practically any application without spending too much time. Plus, new components are being added by developers every day. The Dart/Flutter community is also very active on StackOverflow, so many newcomers can find answers to all their questions there.

The major difference between Flutter and React Native is performance and maintainability.

In terms of performance, Flutter 2.0 greatly outperforms React Native. This is because unlike React’s JavaScript, it uses Dart, which compiles into native machine code (while JavaScript is interpreted language and gets JIT compiled at runtime). During its release, Dart was demonstrating significant performance gains compared to JavaScript. With React, your JavaScript code interacts with native components of the platform via a background running thread. With Flutter, your code compiles into native code and needs no bridges to work with the platform.

Dart is great when it comes to maintainability since it’s a mix of functional and object-oriented programming languages and is very easy to learn (especially if you know some JavaScript already). Unlike JavaScript, Dart doesn’t need extra solutions like Typescript; it will catch most of your issues before runtime and supports optional null safety, which will help avoid unexpected errors and bugs in your software.

In the summer of 2020, Canonical and Google announced an exciting collaboration to support Flutter with desktop. This includes adding the SDK to Linux, completely refreshing and updating the Ubuntu installer (with Flutter, of course) and, in the near future, making it the default option for all Canonical apps. Flutter is an amazing open-source, cross-platform tool that could open the doors for further developing the Linus ecosystem.

On the list of Flutter partners and supporters is Microsoft. Windows now offers support in Flutter. Recently, tMicrosoft announced it is contributing to the Flutter engine that will be used in the new foldable Android devices. The apps developed for these devices must be able to expand for dual screens or provide simultaneous content on both.

Last but not least is Toyota. The vehicle manufacturer plans to upgrade their vehicles through infotainment systems built using Flutter. This is a large step in the digital auto experience with large developments from past software. Toyota uses the many features of Flutter to provide the best in-vehicle system possible.

Why you should try Flutter

In a nutshell, Flutter/Dart offers one of the best solutions for cross-platform development on the market. You get an easy-to-learn, maintainable codebase that can run pretty much everywhere with minor or no changes. Tooling support and rapid iterative development also show great results very quickly, saving you hassle and stress.

So, if you haven’t tried Flutter yet, there has never been a better time. We believe you’ll find it to be a significant improvement in your software development experience. Early come – fastest grow. That’s a great possibility to catch the last train. Here at Skelia, we’ve got broad experience building m-commerce apps and mobile apps in other domains. Get in touch with us, and we’ll accompany you on a mission to creating ground-breaking mobile commerce software.

Mobile commerce, or m-commerce, apps are on the rise. In March 2020, 52% of the internet traffic was from mobile devices. What does this mean for online retailers? It means they need to adapt and accept the trend to stay competitive. In our new post, the Skelia Mobile Lab team gathered examples of the most prominent mobile commerce apps. These apps help their brands raise brand ...

Digital Wellbeing Tools: How To Increase Your Productivity With Your Smartphone

Is your smartphone a lifesaver or a time killer? Do you feel more productive and organized using your phone, or do you just scroll endless social media timelines? If you find yourself in the latter, we're here to show you efficient digital wellbeing tools. You'll be impressed with our tools and life hacks that'll help you declutter and optimize your working time. Read on! Min ...

The Do’s and Don’ts Of Mobile Marketing During Crisis

In the time of crisis, businesses of any size need to rethink their operations and come up with new solutions to keep their customers and stay afloat. Even without a crisis, being flexible and continuously adapting to evolving customers’ needs are among major challenges for companies. This challenge is more acute than ever when the world is facing a dramatic shift that ...

With more than ten years of experience in mobile application development and the unabated interest of our clients, Skelia finally decided to scale one of its most popular services.  In May 2020, Skelia officially launched Mobile Lab, welcoming our clients to tap into the company’s mobile app development expertise. We provide full-cycle services across all major p ...

Did you know that 75% of smartphone users abandon sites that aren't optimized for mobile? The hype in mobile commerce is somewhat understandable: the role smartphones play in our lives is getting overwhelming. This insightful article will help you gain better insight into the mobile commerce arena, and provides an essential strategy you c ...

April 2020 — SoftwareWorld, a reputable software review platform, named Skelia one of the World’s Best Mobile App Developers in 2020. Our company rightfully earned its place by getting 96 out of 100 possible points.  About SoftwareWorld’s Ranking The goal of SoftwareWorld’s ranking is to help businesses find the best mobile app developers who can cater to their sp ...

Skelia Among the Top 10 Mobile App Development Companies In Luxembourg

Going mobile is no longer a debatable issue in 2020. Today, every successful business leverages mobile applications to streamline operations, bring value to the demanding modern customers, and tackle big amounts of data. Read on to learn about Skelia’s unique approach to mobile development. Did you know that there are over 6,000 new apps created every day? ...

So, you’ve finally decided that your startup needs a mobile app. About time! Your next stop is picking an application development approach: will it be native or cross-platform? Both of them have their strong sides and weaknesses. That’s what Skelia’s here for - to help you make an informed decision. Let’s take a closer look at na ...

Mobile Wallets: How They Change the Fintech Landscape

Everything goes digital now, and the way we pay is not an exception. We can see the FinTech domain taking over the traditional (read ‘old-fashioned’) banking, bringing digital payment innovations to life. Take mobile wallets, for example. Having the luxury of making various money transactions at your fingertips can actually change the way we p ...

Why Mobile Apps Fail: a Comprehensive View of the Problem

There are dozens of successful apps, but there are thousands that failed to succeed. What can you do to reduce the risk of failure for your app? According to a research by Perfecto Mobile, the most frequently reported issues with mobile applications are UX issues, performance, functionality, device compatibility, missing functionality, OS compatibility and ...

So, you’ve decided to develop a mobile app. Congratulations! You couldn’t have picked a better time, since today developing mobile applications is easier than ever! Yes, this sounds like an infomercial. But really, with so many useful app development tools, creating a mobile application has become much easier and quicker, regardless of the platform. Native IDEs are improving ...
Previous
Next